Scott Tilyard commenced his role as the independent Chair of the Road Safety Advisory Council in July 2021. Scott served with Tasmania Police for more than 40 years working in a diverse range of policing areas throughout his career, including strategic responsibility for the delivery of road policing services. Scott was appointed Deputy Commissioner and Deputy State (Emergency Management) Controller in 2011.   In 2020, as Deputy State Controller, he was assigned to the COVID-19 Co-ordination Centre, where he coordinated the government’s response to the COVID pandemic. Scott’s experience included a range of subject matters, such as policy development and providing strategic and operational command of emergencies, major incidents, and operations.  Scott holds an Associate Diploma of Social Science (Police Studies), Bachelor of Arts (Police Studies), Graduate Diploma of Executive Leadership (Policing and Emergency Services), and Master of Leadership and Management (Policing and Security). He has been awarded the Australian Police Medal, National Medal, National Police Service Medal, and Commissioner’s Medal. Paul Kingston joined the Motor Accidents Insurance Board as CEO in February 2015. Before his current role, Paul held a range of senior executive roles across both the public and private sectors. His experience has been across a range of industry and subject matters including government policy and advice, property development, ICT, insurance, outsourced service provision and financial modelling. Paul has been a Director (executive and independent) on several government, commercial and not-for-profit boards. He has a Bachelor of Economics with Honours, post graduate qualifications in management and is a Graduate of the Australian Institute of Company Directors. Dr Ian Johnston has worked in the safety, especially transport safety, since 1966. His experience spans all modes. He has been a researcher, policy analyst, program administrator, senior executive and non-executive board member across a range of transport modes and settings – with the Australian Government, with the Government of Victoria, with a national research and development company and in academia. He has a special interest in how societies, governments and organizations think about and manage safety and in the translation of research results into policy and practice. Gary Swain is the Deputy Secretary within the Tasmanian Department of State Growth with responsibility for the Transport Services Group, which comprises two divisions and about 300 people operating under a largely outsourced delivery model.  In this role he has responsibility for the road transport functions of the Tasmanian Government, which spans network design, capital program delivery, maintenance of State Roads and bridges, passenger transport policy, procurement and regulation, road safety and registration and licencing.  Gary is also the Transport Commissioner for Tasmania, which is a statutory role with State-wide planning and coordination functions across all road managers in Tasmania. Assistant Commissioner Higgins joined Tasmania Police in 1999 and during his career he has served in numerous areas across Tasmania including uniform, country, criminal investigation, drug investigation, human resources and traffic and public order.

He spent the first 14 years in postings in Northern District before being promoted in 2015 to Inspector in Human Resources (later integrated as People and Culture) in Hobart.

In 2017 he was promoted to Commander Western District.

In 2018 he was promoted to Assistant Commissioner in the Specialist Support portfolio (included commands of Operations Support, Education and Training, Special Response Counter Terrorism) and later moved to Operations (includes commands of Northern, Southern and Western District and Crime and Intelligence Command) in 2019. 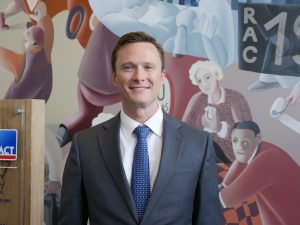 Mark Mugnaioni is the Group CEO of RACT (The Royal Automobile Club of Tasmania Limited), a position he has held since 2019. RACT has been a part of the Tasmanian community for over 95 years and has close to 200,000 members. Since forming in 1923, RACT exists – to enhance the lives of Tasmanians. Mark is an accomplished executive with demonstrated achievements gained from 20 years’ experience across an extensive range of commercial, legal, financial and operational services within large and complex organisations. He has a deep understanding of critical business drivers and commercial acumen in multiple markets and industries. Mark is presently a Director the Australian Automobile Association and Australian Motoring Services. Mark has previously been the Executive Director of RACQ Financial Planning Limited and Director of Queensland Tourism Council and YMCA Brisbane and YMCA Australia. Dion has been the CEO of the Local Government Association of Tasmania since November 2020 and has over 25 years’ experience across advocacy, policy development, project management, and stakeholder engagement and consultation.  Dion joined LGAT in 2015 as Policy Director and oversaw all the policy and project functions of the organisation, representing local government on numerous technical reference groups and intergovernmental committees. In recent years he has been a leading advocate in Tasmania for better waste management and resource recovery and greater strategic planning to support the state’s planning system.

Prior to joining LGAT in 2015, he spent the previous 10 years focused on strategic land use planning and project approvals. Mick Boyd was appointed President of the Tasmanian Motorcycle Council in 2021. Along with being an avid motorcycle rider, he is also an active speedway supporter, and often spends time driving his own race cars and power boats.

Mick has worked in the Civil Construction Industry for the past 42 years and has been self-employed for the last 21 of those years. He has also been heavily involved in many other community and not-for-profit organisations over the years, including:
• The Longford Show Society for 25 years including two terms as President and is now an honorary life member.
• The International Rose Garden “Woolmers Estate” Committee.
• The Rotary Club of Longford as Director of the Community Committee and is a recipient of Paul Harris Fellowship.
• Longford New Year’s Race Day Committee where he is an honorary member of the Tasmanian Turf Club.
• SIDS (Sudden Infant Death Syndrome Inc) where he was the Tasmanian Treasurer and National Director.
• Charter Member of HOG (Harley Owners Group Inc) in Tasmania.
Mick has also been the recipient of the Northern Midlands Council Australia Day Award. 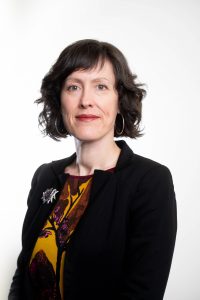 Alison is a communications and public policy specialist with more than 20 years’ experience in the areas of health, law reform, politics and local government. As the Public Affairs Advisor for Bicycle Network Tasmania and Chair of the Tasmanian Bicycle Council she represents all forms of cycling, from children riding to school to athletes training on roads. Alison advocates for better infrastructure, laws, policies and programs to encourage more people to ride for transport and enjoyment. A key focus is the separation of people riding bicycles from vehicle traffic to encourage people of all abilities and ages to ride more often. Michelle Harwood is the Executive Director of the Tasmanian Transport Association.  Michelle was previously a Director and Operations Manager of TransTrain, a Tasmanian based RTO servicing Tasmania’s Transport Industry. In 2014, Michelle received the NTI Award for most valued contribution to the Road Transport Industry in Tasmania. In 2015, Michelle was awarded the Trevor Leo Medal for outstanding contribution to Vocational Education & Training.  Michelle is also a member of Transport Women Australia and Chairs the Tasmanian Transport & Logistics Workforce Advisory Group.  She has a Graduate Certificate in Training & Development and a Certificate IV in Training and Assessment.